It takes about 2 minutes to read this article

Alright, I’m going to let you in on a little secret: I don’t care much about social media…

I mean, I don’t really care about clever ad agencies that hijack popular hashtags on Twitter,  I don’t care about ten ways to really (…) use Google+, nor the fact that the premium LinkedIn account I paid for is now more visible on the platform.

However, I do care about the opportunities social media offer people in general, and professionals specifically.

To paraphrase Dion Hinchcliffe and Peter Kim (from their book Social Business by Design): social media removed all geographic, economic, and collaborative borders for creating content. Sorry… What? In theory, anyone with access to the internet can now work on any project from anywhere in the world together with anyone they like.

So, what do we need companies for? Good question!

On June 24th, I met one of my heroes: Ricardo Semler – author, business manager, and CEO of Semco. Herman Hintzen had used the Live on Demand platform (also a social medium) to generate enough attention around a talk by Semler, who traveled to the beautiful Dutch city of Nieuwegein to share his wisdom with hundreds of people. 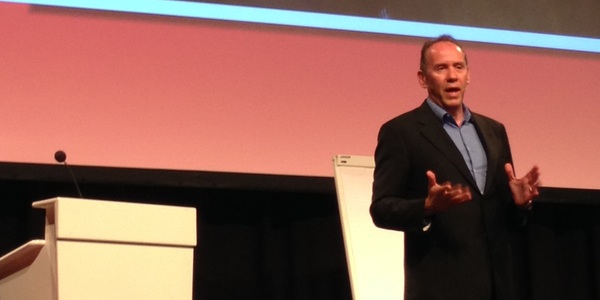 When Semler took over his father’s business in the 1980s, he started by taking a year off. He traveled the world and when he came back, he fired nearly all managers in the company. His father wasn’t pleased with this, but young Ricardo did it anyway. Why? Because he felt not much had changed within companies since 1908 when Ford implemented the first assembly line in his car factory. To Semler running a company like a military institution, implementing rules, regulations, checks, and audits made no sense.

Instead he decided to cut out the middle man(agers) and give everyone at Semco the freedom to discover what they’re really good at and the opportunity to start doing that work in a way they seemed fit. Sounds crazy? Make no mistake, freedom equals responsibility. When you’re free to do whatever you like in a way you think best, you are very responsible for the work you do and its results.

Semler’s management style did Semco no harm. On the contrary… The company’s revenue grew from $ 4 mln in 1982 to $ 212 mln in 2003. And – maybe even more important – people love working at Semco. A minor 2% leave the company every year, compared to 20+% at most other companies. Alright, so Semco is very profitable. They’re making millions. And saving millions, because hardly anyone leaves the company. So, why isn’t every company run Semco-style?

Personally, I think this has a lot to do with the fact that people who run companies don’t necessarily own these companies. I can only imagine how tough it would be to decide on investing serious amounts of time and money into something, when you have literally no idea of its outcome. Try selling that to your shareholders… 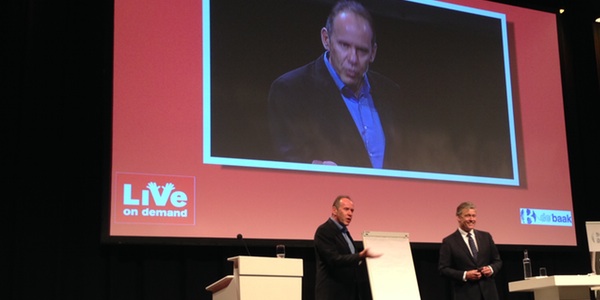 Inevitability and an amazing opportunity

However, according to Arpa founder Arend van Randen Semco-style is “inevitable”. French cookie factory Poult shut their factory down for one day and let the workers improve the processes in place, boosting their results to +13% in last year’s flat market. Famous Dutch office supplier Overtoom rebranded to Manutan and is now encouraging its employees to be responsible, to be autonomous, and to be ‘enterprising for a better world’.

According to Semler, it’s not that strange that nowadays more and more people leave established companies and start their own business. However, it’s impossible that everyone becomes autonomous. These professionals (like yours truly) are small fish swimming alongside big whales. There will probably be more small fish in the future, but they will then structure themselves into schools of fish. Whales will be around for a while.

I think there’s an amazing opportunity for these whales. They already have hundreds, sometimes thousands of the brightest minds working for them. These employees are a company’s true potential: their knowledge, their expertise, and their networks.

Social media are just tools. However, when employees are granted the freedom to use these tools properly, this enables companies to become true network organizations, where all employees are responsible for creating value for and together with the stakeholders in their (online) network, hereby generating profit for the organization.

This website uses cookies to improve your experience while you navigate through the website. Out of these, the cookies that are categorized as necessary are stored on your browser as they are essential for the working of basic functionalities of the website. We also use third-party cookies that help us analyze and understand how you use this website. These cookies will be stored in your browser only with your consent. You also have the option to opt-out of these cookies. But opting out of some of these cookies may affect your browsing experience.
Necessary Always Enabled
Necessary cookies are absolutely essential for the website to function properly. This category only includes cookies that ensures basic functionalities and security features of the website. These cookies do not store any personal information.
Non-necessary
Any cookies that may not be particularly necessary for the website to function and is used specifically to collect user personal data via analytics, ads, other embedded contents are termed as non-necessary cookies. It is mandatory to procure user consent prior to running these cookies on your website.
SAVE & ACCEPT